Publications from Past ICALLAS Conferences 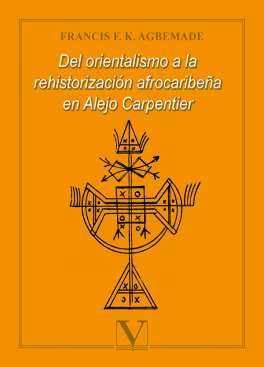 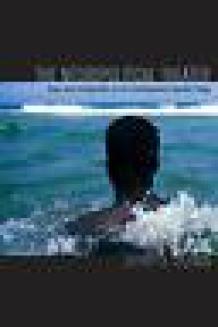 The Necropolitical Theater: Race and Immigration on the Contemporary Spanish Stage.  demonstrates how theatrical production in Spain since the early 1990s has reflected national anxieties about immigration and race. Jeffrey K. Coleman argues that Spain has developed a “necropolitical theater” that casts the non-European immigrant as fictionalized enemy—one whose nonwhiteness is incompatible with Spanish national identity and therefore poses a threat to the very Europeanness of Spain. The fate of the immigrant in the necropolitical theater is death, either physical or metaphysical, which preserves the status quo and provides catharsis for the spectator faced with the notion of racial diversity. Marginalization, forced assimilation, and physical death are outcomes suffered by Latin American, North African, and sub-Saharan African characters, respectively, and in these differential outcomes determined by skin color Coleman identifies an inherent racial hierarchy informed by the legacies of colonization and religious intolerance.   Drawing on theatrical texts, performances, legal documents, interviews, and critical reviews, this book challenges Spanish theater to develop a new theatrical space. Jeffrey K. Coleman proposes a “convivial theater” that portrays immigrants as contributors to the Spanish state and better represents the multicultural reality of the nation today. 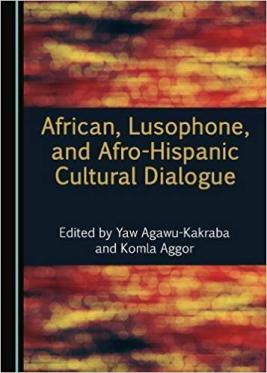 African, Lusophone and Afro-Hispanic Cultural Dialogue is a collection of essays of broad historical and geographic scope that advances analytical perspectives regarding a highly transcultural and changing African continent enmeshed in the vestiges of slavery and colonialism and the complex dynamics of post-colonialism. Mostly grounded in literary studies, the essays discuss the interconnections between Africa and its Lusophone and Afro-Hispanic diaspora. Particular focus is given to how they relate to the politics of identity and assimilation, migration and displacement, the concept of nation, Eurocentrism and racial essentialisms, as well as Black aesthetics. 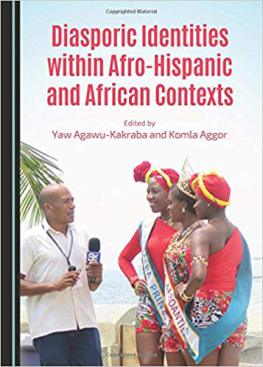 Diasporic Identities within Afro-Hispanic and African Contexts explores the complexities underlying the identity formation of peoples of African ancestry in the Spanish-speaking world and of expatriate immigrants who inhabit colonized territories in Africa. Although current diaspora studies provide provocative perspectives on migration that have various cultural, national, political and economic implications, any engagement of the subject readily runs into theoretical and practical challenges. At stake here is the question of finding an ideal conceptualization of diaspora. Should the term be limited to migration that is purely voluntary or to a traumatic exile? What about generational differences that, invariably, impact the imagining of diaspora? How does diaspora relate to creolization, hybridity and transculturation? This volume does not argue for what constitutes a proper diaspora, but rather re-contextualizes the concept of diaspora from the point of view of identity formation on the basis of voluntary and non-voluntary migration. The essays gathered together here engage with the unified topic of identity, but radiate a stimulating variety in geographic coverage examining countries such as Cuba, Nicaragua, Morocco, Angola, and Spain and in thematic approach from religion to a poetics of self-affirmation to issues of political conflict, subalternity and migration. 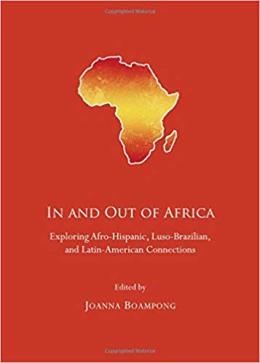 New areas of intellectual endeavours including the postcolonial, transatlantic, global, and cultural studies have facilitated conversations that cut across traditional academic boundaries. Indeed, aside from precipitating more stimulating intellectual dialogues, the advent of multi-disciplinarity has also enabled literary and cultural theorists, critics, students, and teachers to connect and to integrate diverse academic disciplines and schools of thought in the pursuit of a common task. Of the many areas that have benefited from this trend, it is perhaps in the realm of Afro-Hispanic, Luso-Brazilian, and Latin American studies that one notices a vibrant conversation that deals with the deep historical, social, economic, and political bonds that have connected and still connect Africa to the Hispanic and Luso-Brazilian worlds. As these bonds acquire profound meanings in the late 20th and early 21st centuries scholars from diverse academic backgrounds find new ways to explore these connections. It is in the spirit of this endeavour that the creative artists, scholars of cultural and literary theory and critics whose works are presented in this anthology, attempt to examine wide-ranging themes from colonization, slavery, imperialism, religion, music, and literature. Most of the essays in this collection address long-standing issues related to identity construction, linguistic legacies, religious and cultural beliefs and practices. Others confront questions of migration and immigration, configurations of female agency, and Hispanic pedagogy in Africa and elsewhere. What makes this volume unique and interesting is not only the idea of exploring, examining, and thinking the old in new ways and the new in old ways but also, advancing the conversation of the relationship between Africa and the Afro-Hispanic, Luso-Brazilian, and Latin American worlds through different intellectual and artistic prisms.

Dr. Dorothy Odartey-Wellington of the School of Languages and Literatures has been awarded University Research Leadership Chairs. The Chairs program is intended to “recognize faculty members who have achieved significant research recognition both nationally and internationally…the Research Leadership Chair further recognizes their contribution to both University reputation and advances within their discipline.

Dr. Komla Aggor has been awarded a fellowship from the Carnegie African Diaspora Fellowship Program (CADFP). As one of 43 professors selected this year for this fellowship, Aggor will work with the University of Ghana on a special project, including co-curriculum development with the Department of Modern Languages. Aggor will collaborate with UG’s Dr. Joanna Boampong to revise and enhance the curriculum of the Spanish undergraduate and graduate programs. He is expected to help create a balanced program focused on interdisciplinary collaboration and also evaluate and fine-tune the curriculum as well as the research agenda of the university’s recently established Center for Latin American Studies. The Carnegie African Diaspora Fellowship Program, founded in 2013, is a program that allows African institutions in Ghana, Kenya, Nigeria, South Africa, Tanzania and Uganda to host African-born scholars to build enrollment at the host institutions and develop long-term, mutually beneficial collaborations among universities in Africa, the United States and Canada. The CADFP is funded by a grant from the Carnegie Corporation of New York and managed by the Institute of International Education in collaboration with the United States International University-Africa.

Boampong, Joanna.  Ed. In and Out of Africa: Exploring Afro-Hispanic, Luso-Brazilian, and Latin American Connections. Newcastle upon Tyne: Cambridge

Boampong, Joanna. From the Ruins of Empire: Subversion of Hegemony in Afrohispanic Writings of Equitorial Guinea, the Caribbean and Spain,1980-2000.