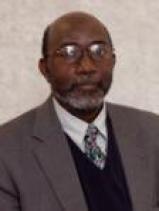 Gabriel Abudu is Associate Professor of Spanish at York College of Pennsylvania.

Dieudonne Afatsawo is Associate Professor at Hampden-Sydney College.  Areas of scholarly interests and publications include Peninsular Literature(s) and Culture(s), Exile Literature, Writers and Artists in Spain of African Descent, Spanish-African Relations, Spanish Youth Movements.  His most recent article on the Spanish exile writer, Max Aub: “Sesión secreta o la crisis del modelo occidental de desarrollo económico para África,” was published in 2015 by Euclides, the journal of the Fundación Max Aub (Valencia, Spain). He is currently working on two works by Max Aub dealing with the Holocaust and the Vietnam War.

Yaw Agawu-Kakraba is Professor of Spanish at the Pennsylvania State University. He has published extensively in the field of Hispanic literature and cultures. His major book publications include Demythification in the Fiction of Miguel Delibes (1996), Postmodernity in Spanish Fiction and Culture (2012) and a co-edited book, Diasporic Identities within Afro-Hispanic and African Contexts (2015). Several of his journal articles have also appeared in major journals such as Bulletin of Hispanic Studies, Revista Hispánica Moderna, and Anales de la Literatura Contemporeanea. Aside from his primary focus on 20th - and 21st-century Spanish literature and culture, he also explores the works of writers from Africa, Latin America, and the Caribbean.  He is the President of the Ghanaian Association of Hispanists.

Komla Aggor is Professor at Texas Christian University, USA. His areas of expertise and research are 20th-21st-Century Spanish literature and culture, Postmodernist theater, and Afro-Hispanic studies. His articles have appeared in major periodicals, including Cuadernos Hispanoamericanos, Hispanic Review, Bulletin of Hispanic Studies, Revista Hispánica Moderna, and others. He is author of Francisco Nieva and Postmodernist Theatre (U of Wales P), Francisco Nieva y el teatro posmodernista (Editorial Fundamentos, RESAD), and Eros en la poesía de Miguel Hernández (Spanish Literature Publications). Professor Aggor teaches an array of courses, including Oral Communication in Spanish, Contemporary Spanish Drama, Race and Identity, and Africa through Film. He is associate editor of Estreno, journal of 20th-21st Century Spanish theater. He is the Secretary and Treasurer of the Ghanaian Association of Hispanists. 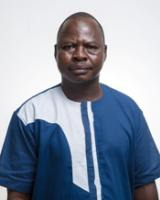 Johnson Asunka is a Lecturer at the University of Ghana. His scholarly interests include Translation and Comparative Linguistics 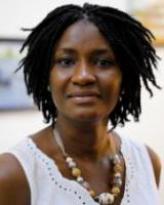 Joanna Boampong is a Senior Lecturer at the University of Ghana. Her scholarly interests include Transatlantic Spanish Literatures and Cultures. 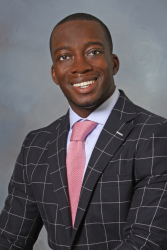 Jeffrey K. Coleman is Assistant Professor of Spanish at Marquette University. He specializes in 20th Century and Contemporary Peninsular Spanish Literature. He earned his Ph.D in 2004 from the University of Chicago with a dissertation on the portrayals of the immigration question in contemporary Peninsular Spanish theatre. He is also interested in contemporary Catalan literature. His latest research project is a monograph on the theatrical trajectory of immigration in Spain from 1992-present. 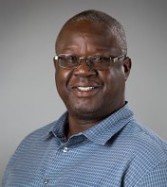 George Demuyakor is Associate Professor of Spanish at Brenau University. 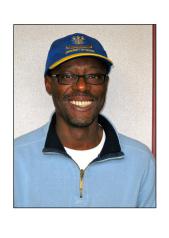 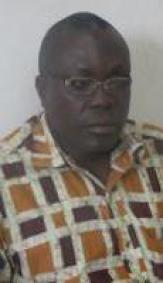 Lawrence Kokou Adra is a Lecturer at the University of Ghana. 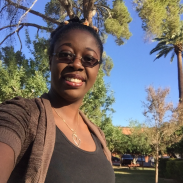 Lillie Essah is a PhD student at Arizona State University. Her research interests include Spanish sociolinguistics,

specifically Spanish spoken in Equatorial Guinea and among 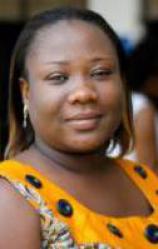 Benedicta Lomotey is Lecturer at the University of Ghana. Her scholarly interests include Language and Literature and Sociolinguistics. 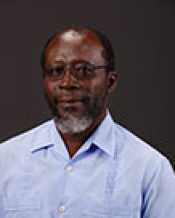 Samuel Mate-Kodjo is Associate Professor of Spanish at Central College in the United States. His scholarly interests include Literature of Spain, Black Writing in Latin America.  He is the Vice-President of the Ghanaian Association of Hispanists. 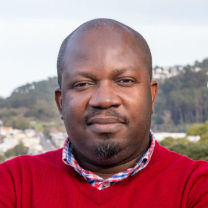 Novieto Setor Donné is a PhD candidate in the School of Languages and Cultures at Victoria University of Wellington, New Zealand. His PhD project is Context Change and Continuity: Pointers from Guillén and Armah.

Moses E. Panford is Associate Professor of Spanish at Virginia Polytechnic Institute and State University in the United States. His teaching and research interests are in early modern Spanish and Afro-Hispanic literatures. He has edited a critical edition of Manuel Vicente Guerrero's El negro valiente en Flandes; and has published essays in various journals, including Revista de Estudios Hispánicos, Afro-Hispanic Review, Hispanic Journal, and Anales del Caribe. He is the copy editor of the MIFLC Review and a member of the editorial  board of PALARA: Publication of the Afro-Latin/American Research Association. He is currently an affiliated member of both the Africana Studies and Medieval and Renaissance Studies programs. He is currently finishing a critical edition of Agustín Moreto's La negra por el honor and also working on a three-volume monograph on Blacks in the Spanish Golden Age theater. 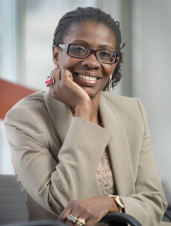 Dorothy Odartey-Wellington is associate professor of Hispanic studies at University of Guelph in Canada. Her current research explores cross-cultural dialogue and transnational identities, within the context of colonization and migration, in African literatures written in Spanish. She is particularly interested in creative expression by writers from Equatorial Guinea and the Western Sahara. She is the author of Contemporary Spanish Fiction: Generation X (2008) and Equatorial Guinea is Different’: Literatura Colonial de Guinea Española en África Occidental” (2014). She is currently working on the translation into English of Saharawi writer Bahia Mahmud Awah’s memoir La maestra que me enseñó en una tabla de madera (The woman who taught me on a wooden slate). In addition to language and culture courses, she teaches the following graduate and undergraduate seminars: “Moving Continents: Afro-Migrant Narratives in European Languages” and “African Literatures in Spanish: Narratives from Equatorial Guinea, Morocco and the Western Sahara”. 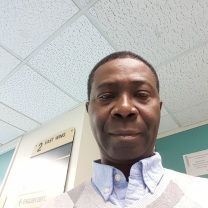 John Teye is Associate Professor of Spanish at Delaware University in the United States. His research interests include the impact of culture on the learning of foreign languages, English as a Second Language, Sociolinguistics, and Multicultural Education.